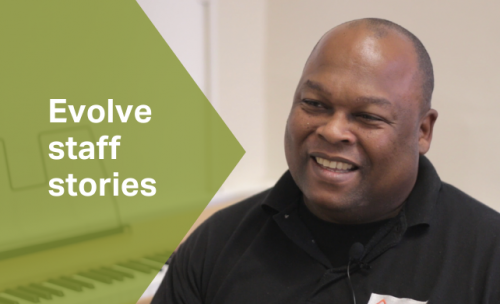 At the end of 2019, Manwell started working as a handyman at Evolve’s homelessness service for young people. Being a former singer, the first thing that caught Manwell’s attention, or Manny as he’s more fondly known to residents, was the interest young residents had in music.

“I noticed whenever I walked past a person’s room there was music playing. Some of the guys were rapping, others were singing but someone was always doing something musical.” Manny said. “Music is such a great medium to help and support people when it comes to mental wellness and I thought this was a great opportunity to do something life changing.”

On a tour of the building Manny had spotted a broken and un-tuned piano in the rec room, pushed against a wall and largely ignored in favour of a punching bag, pool table and ping-pong table. It stole Manny’s attention. Over the next few months, Manny made it his mission to restore it.

“When I first started working at Evolve, there was a piano on site. It was slightly broken and really out of tune and I thought, if you have a site like this, with people who have a passion for music, you have to have some sort of musical instrument.”

“So, I decided to fix the piano myself. I bought a tuning kit, taught myself how to tune the piano and fixed the broken parts. I got it to work as best as I could and it started to attract people. Before the pandemic I would sit down and play music on my break. People would join me and ask me questions, it was great to see people wanting to get involved and it started to bring people out of the isolation of their rooms.”

“After a while I made the decision to buy a second hand electronic keyboard from Facebook market place. After a little more restoration I brought it in and even more people began to join our music sessions. I started to give lessons to a few individuals and in the next few months people began playing the piano as if they had been playing it for years. They had a real natural talent!”

In the beginning of 2020, the project was set to formally expand with counsellors and other colleagues joining to support those that were interested. Support workers and counsellors saw the impact music was having on these young minds and wanted to develop it.

“A big part of the project has been working with Evolve counsellors to get these young people to open up and share”, Manny said. “A lot of these kids have been through impossible experiences in their life; in some cases trauma. Having a musical outlet has allowed them to talk about things you won’t believe. They’ve opened up about their life stories and how the music is helping them.”

But in March 2020, things took an unexpected turn when the UK first encountered Covid-19 and the country entered its first national lockdown. To prevent a breakout infection, the decision was made to put the project on hold and to temporarily close social spaces to limit interactions. It was a difficult decision that required the input of all Evolve colleagues, but the safety of residents and key workers was the main priority. During this time, Manny imagined a new way to move the project forward. He wanted to create a recording studio.

“We only had a few pieces of equipment in the beginning. We had an electronic keyboard, electronic drum kit and a few amps, but I knew we needed more for when lockdown ended. I envisioned a shared space, where people could come and express their creativity together, but for that we needed a better space. We had been using a portion of the rec room, but we needed a specific place that was free from interruptions and that we could soundproof.” 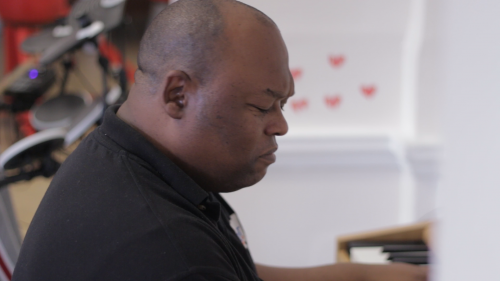 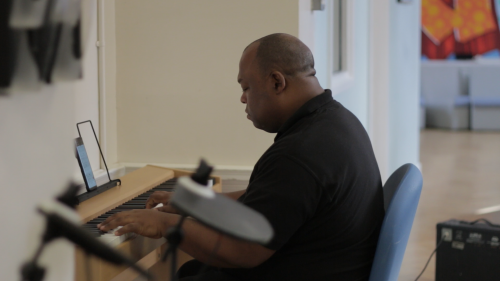 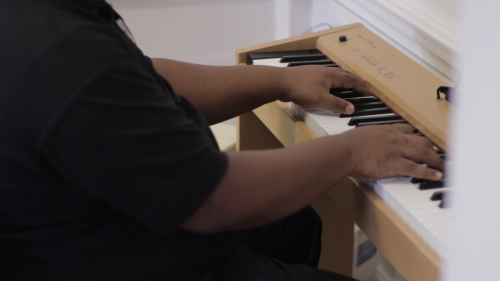 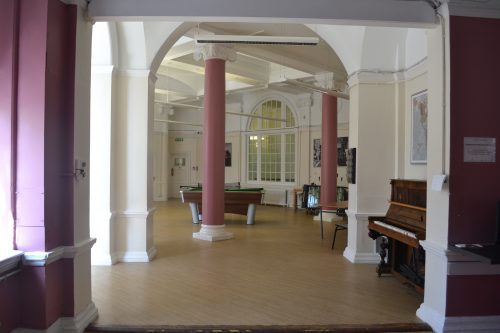 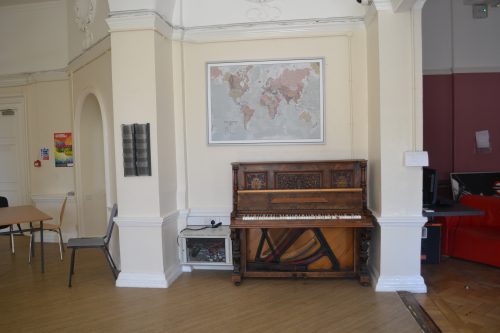 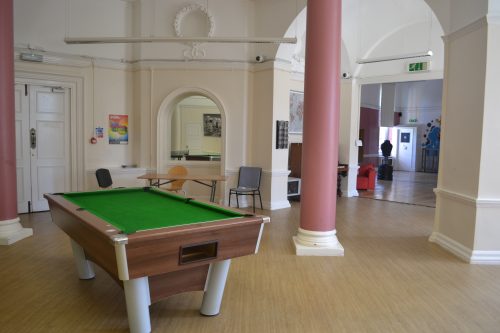 Manny recalls that finding the right location was the most difficult part. “We had a lot of space in the homelessness service, but the rooms were either already on loan to the nursery, which is also onsite, or were too close to the residents’ rooms.”

In the end, Manny acquired a staff room used for breaks and meetings. He started requesting whether it could be used during certain times of the day when it wasn’t occupied and eventually the space was permanently secured for the project with the support of colleagues.

After securing a suitable location Manny began to bring in his own musical equipment, just to see how the setup would look. Over the next few days he tested the insulation to see how much sound was contained.

“My plans are to upgrade the room with my colleague Glen, so that it is fully sound proofed. But what I am most excited for is the young people decorating the room and making it their own when it is safe to do so. I want it to feel like they’re at home when they enter the studio. I want them to get involved with every aspect of it, so they feel like it belongs to them.”

Manny’s passion project is slowly coming together with a team of devoted colleagues and passionate young residents. Since the third lockdown, they have kept in touch to design and plan the studio layout, but Manny’s next hurdle is sourcing equipment. 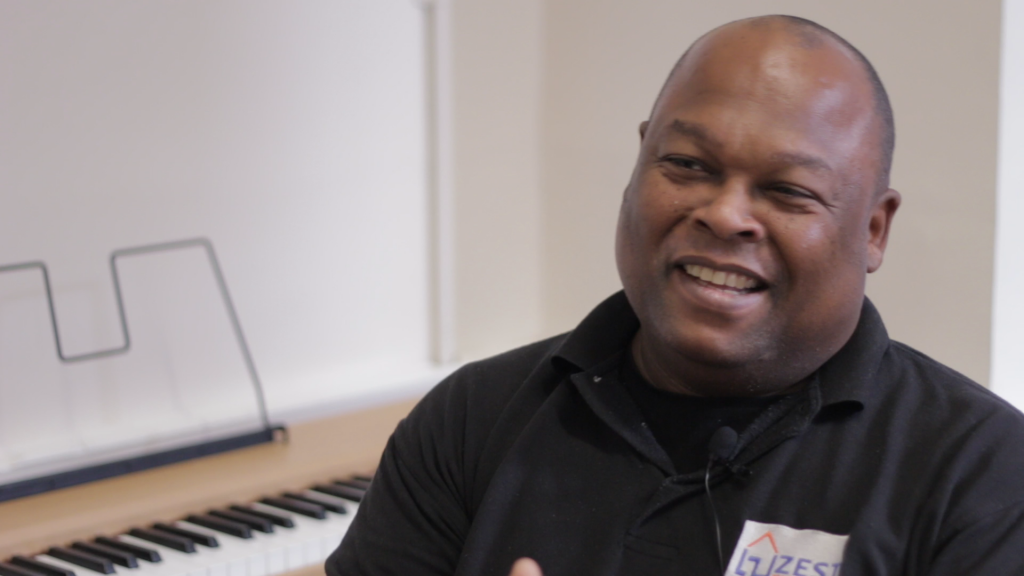 “We don’t have any laptops, audio interfaces, mics, guitars or midi controllers. There are people here who have their own YouTube channels, soundcloud accounts and music videos and I want to get the studio in as best a shape as it can be, so I can support these young people with their future musical careers. That’s the vision!”

Manwell’s passion to support people and create music has inspired our young homeless residents and we are excited to see this incredible project develop. If you would like to offer any instruments, equipment, make a donation or fund this project to help it reach its next phase, please get in touch by email: communications@evolvehousing.org.uk