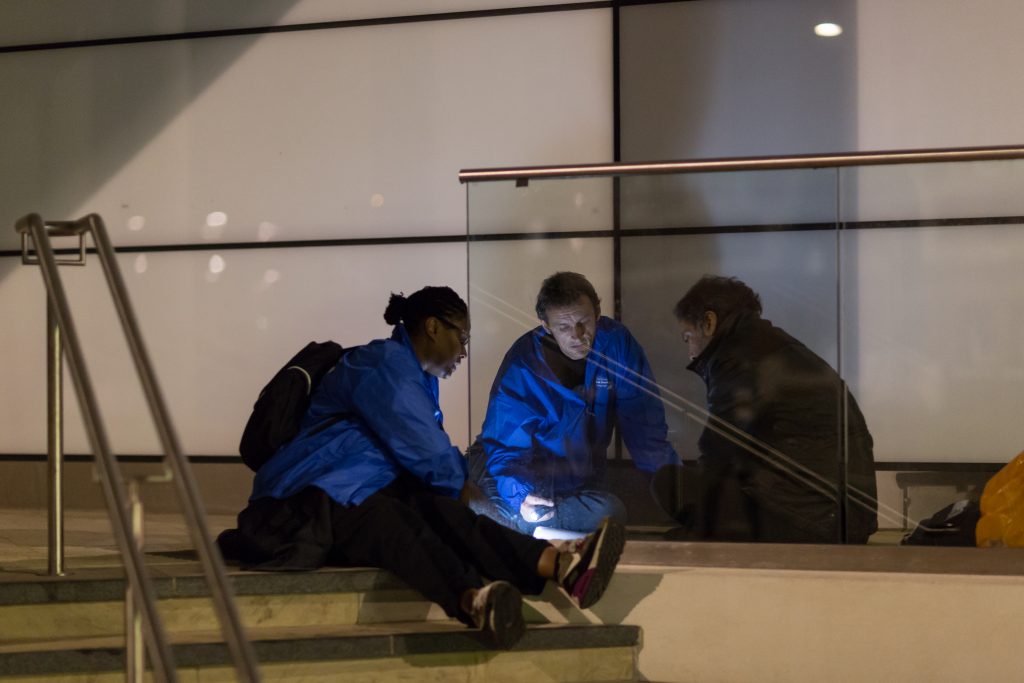 We have recognised that despite the availability of homelessness support services in Croydon chronic rough sleeping is a growing issue that affects the entire community.

We believe that no one should be sleeping on the streets so in July 2016 we launched an initiative called ‘CR Zero 2020’ to find new ways to help our rough sleepers. We are passionate about involving the local community so that together we can end chronic street homelessness in Croydon for good by 2020.

CR Zero 2020 is part of a European-wide initiative, developed by BSHF and FEANTSA, to end chronic rough sleeping across Europe by 2020. Croydon is one of the two Local Authority areas in London that are early adopters of the campaign in the UK.

We are collaboratively delivered the campaign with several partner organisations including Crisis, Expert Link, Homeless Link and Thames Reach. The campaign was also endorsed by Croydon Council.

For the first part of the campaign we delivered a ‘Connections Week,’ where we engaged 100 local community volunteers to get to know every rough sleeper in Croydon by name, understand their needs and find out what they need for a sustainable route off the streets. During the week, we spoke to 64 people sleeping rough, 42 of whom completed the survey.

What’s happened since the survey?

After Connections Week we formed a ‘Solutions Group’ which included concerned citizens, who wanted to help rough sleepers, third-sector organisations, housing and health departments and faith-based groups, to look at breaking down the barriers that prevent people from coming off of the streets, and successfully staying off it.

The group met every two months and developed ‘task and finish’ groups committed to challenging ‘the system’ to make it work in ways that increase the chances of rough sleepers succeeding. The solutions group then tackled each of these areas. The five work streams were: implementing a Housing First service, Croydon Council system changes, policy and influence, health, and supported housing. Each group was led by a member of the steering group.

This project has now ended its relationship with Evolve and Crisis has taken over. To find out more about the project, visit its new website.