Evolve About us Jeremy Gray

Jeremy joined Evolve Housing + Support as CEO in 2008. He has worked in the homelessness and supported housing sector in London since starting as a full time volunteer at SPEAR Nightshelter in Richmond in 1990. Previous roles include Director of Services at Centrepoint, Head of Operations at Look Ahead, and positions with Depaul Trust and The Passage.

Since joining Evolve, Jeremy has overseen a £29m redevelopment programme which has transformed the organisation’s stock and delivered 7 brand new supported accommodation services to customers in the London Boroughs of Croydon and Lambeth. He has also overseen the expansion of our current work into the London Boroughs of Bromley, Merton, Lewisham and Wandsworth, and the Royal Borough of Kensington and Chelsea.

Jeremy has held a number of non-executive roles.  Most recently, he was Chair of the Board at Yarrow, successfully leading them into a merger with Certitude in April 2020.  Prior to joining Yarrow, he was Senior Independent Director on the Board of Croydon Business Improvement District, and a Member of the Housing Committee at the Church of England Pensions Board.

In his spare time he can often be found attending the BBC Proms at the Royal Albert Hall. 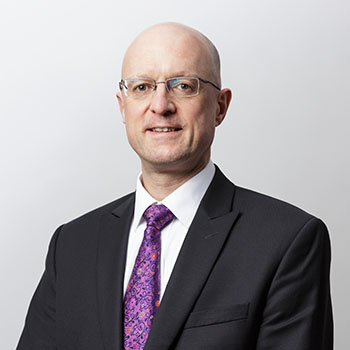