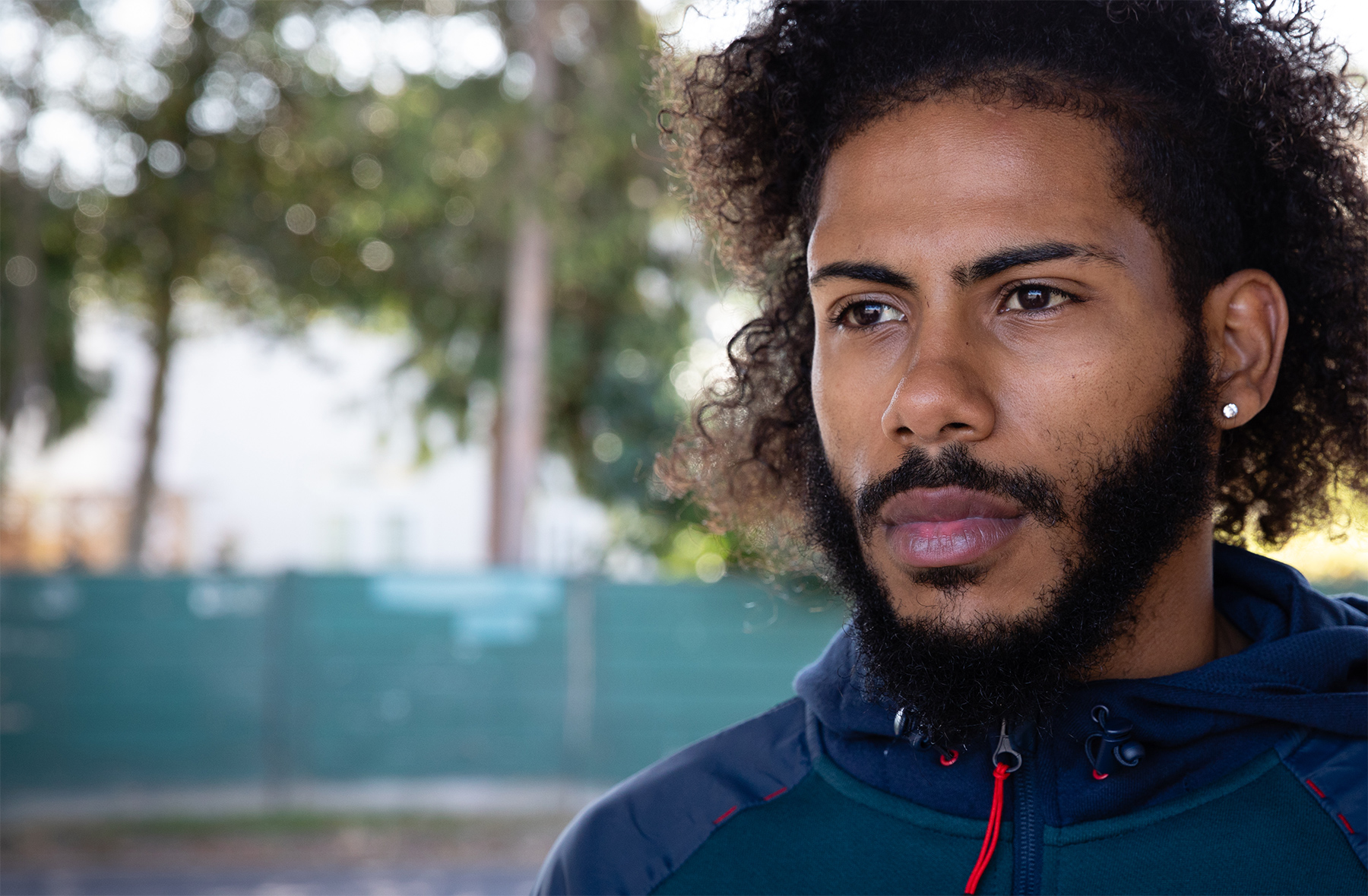 Flavio was a promising young footballer before he fell in with the wrong crowd, was a victim of knife crime and became homeless. With Evolve’s help to turn his life around, he now runs an anti-knife crime initiative, acting as a role model for the community and his daughter.

Sharon’s friends took advantage of her situation and learning difficulties, which saw her evicted from her home. Following specialist support from Evolve, Sharon is now in her own flat and looking forward to spending her first Christmas there.

Throughout October we’re telling the stories of some of the people we support.

Flavio, Sharon and Andy all became homeless but with our help have turned their lives around. Each now has a roof over their head, are living independent, fulfilling lives and looking forward to a brighter future.

We’re working with the team at Homeless Stories to capture their personal accounts and will be releasing three short films on social media, over the coming weeks, starting on #WorldHomelessnessDay (10 October).

Please watch and share these films and, in doing so, support our work with homeless and vulnerable people in London.