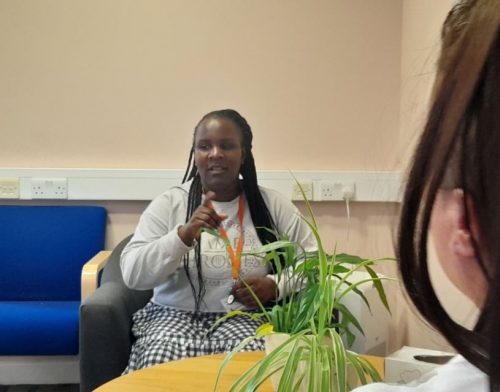 Private landlords are well placed to help young homeless people. Will they?

If you are a young homeless person signing on to the social housing list in south London, you could be waiting some time. People can find themselves waiting up to ten years, and even after that they have very limited choice about what their home looks like, or where it is.

I work with young homeless people, and for them this leaves only one other option: the private sector. However, there is a lack of availability here too, only this time the problem isn’t scarcity, it’s willingness.

Private landlords are often reluctant to accept young people who have been homeless. They may be nervous about first time renters, or being paid via Universal Credit, or  that their properties won’t be looked after. Even in cases where young people have jobs, are in education and are ready for a fully independent life, many landlords discount them because of what they see on paper.

For example, I am working with a young man who is 23, and ready to live independently. He has done everything asked of him, from extensive paperwork to trekking across London for visits and interviews. He has rarely heard back from landlords, usually only finding out he hasn’t got somewhere when it disappears from listings; he wants to move out and get on with his life, and he can’t.

This problem hits younger people particularly hard. Landlords are more willing to rent to older people who have been homeless, but with those from 18-22 there is reticence. This, combined with scarce social housing, leaves young people with nowhere to go. Many are desperate to get on with their lives, they just need a chance.

And I should know. It’s my job to stand up for them and to help them find new homes. I am here to help them be the best they can be, and I know that their best is something really special.

For landlords concerned about receiving their rent, there is a fix. Young people on Universal Credit can now have the housing element transferred straight to landlords – a positive step that ensures payment and reassures everyone involved. For those with broader concerns about having young, formerly homeless tenants, we need to encourage more understanding and show that their concerns are often unwarranted.

We must celebrate and share the many cases where things work out well – because when they do, it can be amazing.  In March we helped an 18-year-old who decided she was ready to leave our service, and in our follow-up in subsequent months we found she had absolutely thrived. I spoke to her recently, and she’s really happy.

She isn’t alone.  Everyone deserves a chance, and when they get it, usually they take it. It’s no-one’s fault that they’re homeless, and with the current lack of social housing, the private sector has an opportunity to really help young people. I hope that they choose to take it.