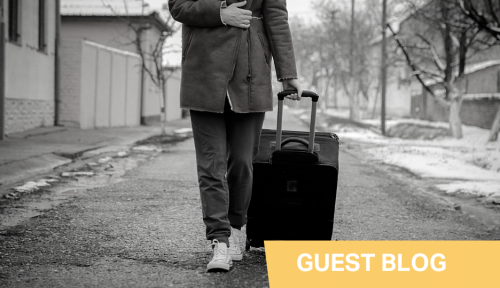 2020 was a year of difficulty and hardship for millions of people around the globe. In the UK, Covid-19 brought the biggest public health crisis the country has faced. The ensuing economic downturn shattered lives across the country, with 9.9 million jobs furloughed from 1.2 million different employers as of Dec. 13, 2020. As a result, there was a sharp rise in people facing poverty, and unemployment remains high. Without the necessary support of the government, the most vulnerable people continue to suffer the effects the virus has had – particularly migrants with No Recourse to Public Funds. Despite this, new immigration rules introduced in December now allow homelessness to be used as grounds to cancel permission to remain in the UK, placing already vulnerable people into even more precarious situations as they risk becoming illegal citizens.

Between April and June last year, the number of migrants with NRPF applying for destitution funding increased by 520%. This is because migrants subject to the NRPF condition are not permitted to access the majority of statutory support, meaning those who found themselves out of employment like the rest of the population were unable to access the same financial assistance as British nationals.

The government is aware of how devastating the pandemic has been for vulnerable migrants and people that have fallen on hard times. For many, the government should be a source of support. And yet it seems intent on criminalising those who have suffered the involuntary consequences of an unprecedented health crisis. At a time when non-statutory support services are struggling to provide assistance to the most vulnerable, this seems a particularly callous move. The government ought to be stepping up to help, not finding ways of punishing those who are at risk of destitution.

There was widespread praise for the government when it introduced its “Everyone In” scheme back in March. At that point, the government provided emergency funding to local authorities to support those that were rough sleeping, including migrants. Roughly 15,000 people were provided emergency accommodation during the scheme. It was a welcomed change from the government’s usual attitude towards vulnerable people in the UK. This was, however, short-lived.

Rather than lending a supportive hand to migrants that are rough sleeping due to extenuating circumstances, the government’s recent change to the immigration rules allows them to target non-UK nationals who find themselves homeless, opting to punish them further. By cancelling their immigration permission, these migrants will become ‘illegal’ in the eyes of the law and will be prepared for deportation. This decision comes at a time when England is facing some of the worst weeks of the pandemic.

MPs and charities have made calls for the government to make a u-turn on this inhumane immigration policy. Councils and local authorities vowed to defy the new rule. Rather than punishing non-UK nationals for rough sleeping, the government needs to show greater impetus in tackling homelessness as a whole. Deporting rough sleeping migrants does not address the root issues of homelessness. What’s more, many of these migrants are in such a position because of the UK government’s hostile immigration policies over the years. After instating policies such as NRPF which are designed to deprive migrants of statutory support in the UK, it seems hypocritical to now punish them for suffering the consequences.

The NRPF condition applies to many migrants with leave to remain in the UK, including those that are on a working visa or a student visa. Due to NRPF, migrants who are on the verge of poverty have little choice but to rely on charities or fend for themselves. Now, with increased levels of unemployment and increased numbers of job losses, many migrants could be exposed to destitution. There is no safety net for those with NRPF.

Aside from the direct consequences of punishing rough sleeping, this type of policy could lead to other negative consequences. Migrants who have lost employment during the pandemic are forced to find ways to get by given that they have no access to welfare support. This puts them at risk of falling into forced labour or trafficking. It threatens the safety of migrants that face domestic abuse on a daily basis. Without financial independence, there are few places to turn to for support. These migrants will continue to suffer at the hands of their abusers in silence to ensure their immigration status remains legal.

After four long years of preparing for post-Brexit Britain, is this the type of immigration policy we should expect? The government sought to inspire optimism by focusing on the idea of taking back control of UK borders, money, and laws. This seemingly translates to allowing the most vulnerable migrants to fall through the cracks.