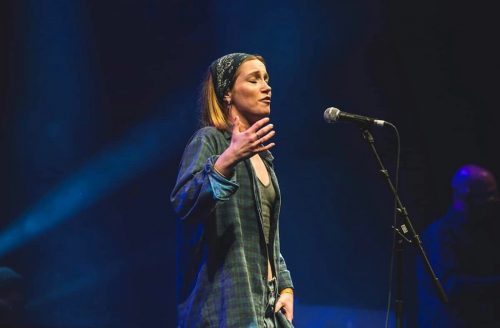 The video release comes as Evolve issued an emergency appeal for donations earlier this week to help support the most vulnerable people in our society. Evolve is emphasising the need to keep the homeless people in its services and the staff that support them day in and day out, safe and supported.

Many homeless people in supported accommodation have mental and physical health issues and are among the highest at risk groups from Coronavirus. Many also do not have family or friends to support them through their period of self-isolation.

Homeless Link, a national membership charity of which Evolve Housing + Support is a part of, reported that 73% of homeless people have described that they have had physical health problems, with 41% stating this was a long term problem. A further 35% have been to A&E and 26% have been admitted to hospital over the past six months, indicating their vulnerability.

LOUISE DALTON | WHAT CAN YOU DO?

Imagine for a minute, that your life has been turned upside down,

for most of us that’s not hard to do right now.

But imagine that as well as the world falling down around you, you’re also homeless.

What do you do now?

Imagine as well that before all of this came about you were just about getting your life sorted out.

Before all of this came about you had just about found a way out of danger’s jaws,

of sleeping outside locked doors,

of spending days being moved along and moved around

you had fought to find a way out, of the years that felt longer than you thought years could feel sleeping rough,

and now just as your world has started to heal,

and you found the right crowd, the right support network to help you figure it out,

all of this has come about.

So what do you do now?

In this crisis they are among some of the most vulnerable out there.

Imagine what it would be like to face these moments of adversity and self-isolation,

without a home, without a family or maybe even without a safe place.

But we, still have faith

that we can stand up and stand together with the homeless community,

to prove that kindness cuts through adversity,

and these times when the world is falling down around us.

What do we do now?