Evolve News “You don’t realise the importance of having a home until you lose it.” 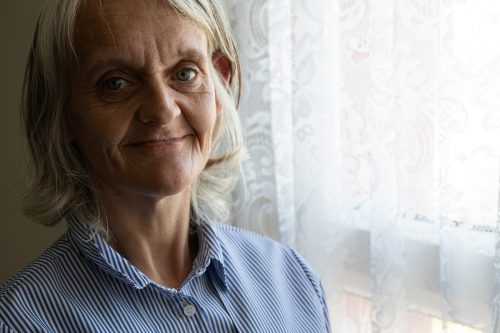 “You don’t realise the importance of having a home until you lose it.”

Sharon was evicted from the home she had lived in for 16 years when people she believed were her friends were caught using drugs there. There is an indication she may have been a victim cuckooing – the practise of taking over the home of a vulnerable person to deal drugs. But Sharon says she finds the circumstances of her eviction too painful to talk about. She has learning difficulties and – after losing her home – became depressed.

Through Croydon Council she was given a place at Alexandra House, one of Evolve’s supported housing schemes. Although she was initially wary of others, she soon found the vibrant and supportive community to be healing. There she formed a strong bond with her support worker Usher and stayed until she felt ready to move on and live independently.

Sharon now has a flat in Croydon that she shares with Boris, her tarantula, and Molly, her cockatoo. She’s reached the point in her recovery where she wants to give something back and she regularly volunteers at Alexandra House, helping others on their journey to becoming independent. This Christmas will be her first in her new flat and her six children will be celebrating with her.

“You don’t realise the importance of having a home and somewhere to live until you lose it. It gives you your independence and is a huge part of your life. Evolve gave me the opportunity to move on and get my life back on track.”