Evolve News Rough Sleepers, like Sheldon, are human too. Please don’t walk by, put yourself in their shoes. 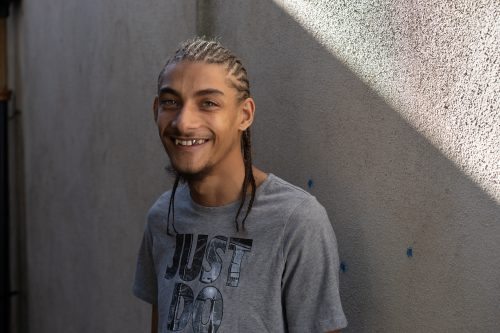 Rough Sleepers, like Sheldon, are human too. Please don’t walk by, put yourself in their shoes.

People make assumptions about homeless people – that somehow it’s a choice people make, a lifestyle they opt into, or that they’re all drug addicts or alcoholics.

Research out today shows that more than a quarter of people in the UK (28%) believe that people sleeping rough are to blame for their situation, and the majority (72%) think rough sleepers could get themselves off the street if they wanted to, but this shows just how little they know.

The reasons people end up homeless are not only complex, but often stem from traumatic incidents that they’ve not received the right help to recover from. 80% of the homeless people using Evolve’s services have experienced a childhood trauma including physical, sexual or emotional abuse and more than a quarter (29%) say it was the primary cause of their homelessness.

What most of us have in common is that we’ve all had tough childhoods. Neglect, abuse, violence in the home – everyone has a story like that. And when you’re facing things like that, it’s pretty hard to stay in school, stay on track, keep it together, no matter how hard you try.

My Dad was an alcoholic, and I don’t ever want to end up like that. As I got older, me and Dad starting arguing a lot and I couldn’t take it anymore so I moved out and started crashing on friend’s sofas. Sometimes they’d kick me out and I’d end up bedding down on the streets.

The worst thing was not knowing where I was going to be able to sleep the next night. It was a worry, every day, let alone in 5 or 10 years time. I was just in this cycle of sofa surfing and rough sleeping, often sleeping in the local parks, and sometimes managing to find somewhere warmer like the stairwell in some flats.

Eventually, someone referred me to Evolve and its only when I got help from them that I understood the impact of what happened to me as a child and started to move forward. Now I live at one of their supported housing projects with other young people like me.

449 rough sleepers died on the streets last year, but behind those statistics are humans, just like you. This World Homeless Day I’d like to ask everyone who sees people like me on the streets not to just walk on by but to put yourself in their shoes for a minute and think about the reasons why they’ve ended up where they have. And talk to them, say hello, see them as a person just like you. Then, maybe they won’t feel as ashamed as I did, and they might ask for help.

Read about our research challenging the public’s perceptions of homelessness here.