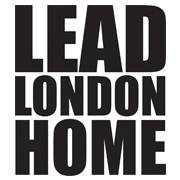 ‘London’s a great city. It should lead the world at tackling homelessness.’

Evolve Housing + Support is proud to be backing the Lead London Home, one of the 20 homelessness charities in the capital supporting the campaign.

As described in the manifesto: homelessness is a devastating experience with significant impacts for an individual’s health and wellbeing. Mental and physical health problems can be caused or exacerbated by rough sleeping.

Homelessness is also dangerous, with homeless people 13 times more likely to be a victim of crime than the general public. Shockingly, the average age of death for a homeless person is just 47 – 30 years younger than the national average.

Too many people end up sleeping on our streets as a result.

The Mayor of London has significant powers on single homelessness, including currently a £34 million budget and the ability to bring boroughs and services together.

The Lead London Home campaign is calling on the next Mayor of London to:

› Lead a new drive to end rough sleeping, including providing at least 2000 homes and a Housing First programme for former rough sleepers.
› Prioritise homelessness prevention and support calls for a new law so that no one can be turned away by councils to sleep on the streets.
› Increase access to private rented sector housing and tenancy support for people on the lowest income.
› End destitution by working across the European Union to find solutions to EU nationals sleeping on the streets.
› Embed the needs of homeless people at the heart of London’s public services.
› Fight for a better deal for London to mitigate the negative impact of welfare reform on people who are homeless and at risk of homelessness.

Jeremy Gray, Chief Executive of Evolve said, ‘We are pleased to be part of the Lead London Home campaign; our future London Mayor has the potential to make a lasting difference to the lives of homeless people in London and our wider communities and we urge our supporters to sign the campaign.’

The Lead London Home manifesto explains how devastating it is to experience homelessness and the significant impact it can have for an individual’s health and wellbeing. Moreover, mental and physical health problems can be caused or exacerbated by rough sleeping.

You can read more about the Lead London Home manifesto by clicking here.

Please join us to call on the next Mayor of London to make tackling homelessness a priority. You can sign the petition found here