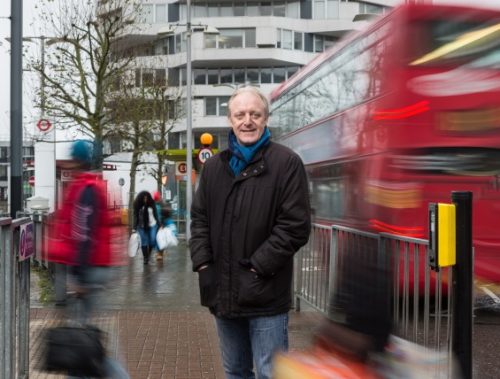 Frontline staff from Evolve Housing + Support talk about the impact of adopting new practices to help people stay in accommodation.

We knew we were good at supporting some people to achieve positive outcomes, but we knew that wasn’t across the board. Feedback from across the organisation told us that issuing warnings to deal with challenging and antisocial behaviour was not effective in the scheme of things. There was a feeling that in the case of some evictions things could have been done differently if we’d found a way to intervene earlier.

“The old system was more for us and wasn’t very people friendly,” says Ovie Oboh, Senior Support Worker at Ingram Court. “It didn’t give a voice to the people we support.”

The old eviction process was frustrating for everyone. The services felt they had to follow the warnings stages rigidly, leaving little room for flexibility once the final stage had been reached.

A year ago we began to trial a new approach to reduce unplanned moves, based on Homeless Link’s evictions and abandonments toolkit and training. The aim was to review our existing policies to make sure eviction really is a last resort, to test a more effective and supportive approach, and to identify more creative solutions to keep people in.

We piloted the approach in the two services that had the highest levels of eviction and were working with possibly the most challenging group of people amongst adult services and young people’s services.

“Our team was a little apprehensive at first,’ says Ovie, “but it worked! We carried it forwards and I’ve been able to break down boundaries [with people] that I wouldn’t have been able to before. A warning, under the new template, can now turn into a conversation, a support session. We have a much calmer service now, and sometimes change can mean good things and this is definitely one of them. I’ve really embraced it and taken it forwards into every aspect of my work. Now everyone works at the same level and you know you’re going to be backed up by other members of your team. The former system meant you had to really fight to offer someone a second chance whereas this approach automatically offers them that. It’s a very smart system!”

In the old eviction process, if someone received a warning it could remain in place for weeks or months – putting unrealistic pressure on people who really need our services. Warnings are reviewed within 28 days.

The old system allowed little room for exception or explanation, whereas the new version is psychologically grounded, and gives staff members the freedom to try alternatives to the usual procedure of written warnings. They are given the opportunity to sit down with the individual, to discuss their behaviour and form strategies to improve themselves and break destructive habits. The new system has also encouraged greater involvement in groups and activities – including a breakfast club and running club – some of which would not have been possible within the old structure.

The difference a year has made

“Our positive outcomes have grown,” says Rich Hennell, Team Leader at Ingram Court, “and whilst we were trialling the new policy, positive moves increased to 90 per cent, and there was a dramatic reduction in incidents.”

In some cases antisocial behaviour reduced by more than a third when compared to the same period in the previous year.

As Rich explains, the benefits of the new policy have been enormous: “The warnings have become less of a punishment and more of a talk. It helps us build up a rapport with someone: ‘Let us hear your side of the story.’ We’ve secured three year tenancies for seven customers, all within the last two months. Our hard work has paid off and seeing this result is our harvest!”

“People and their needs come first now,” says Ovie, “and we can address their motives and come to a greater understanding together. Support workers need to understand that this system is for the customer and that they have a lot more to lose. It takes away the ‘us against them’ attitude.”

There have been benefits for the staff as well, says Rich: “It gives you a real buzz to see the change in people over the time that they’re with us, when you get to see the progress that they’ve made – that’s the biggest benefit of the new policy for me. There’s more hope for staff now, it stops people treading on eggshells by having shorter reviews and the warning only stays on their files for 28 days.”

Due to the phenomenal success of the pilot the policy is now being used across the organisation. All accommodation service teams have received Homeless Link’s eviction training, which has become part of the core training programme for all staff, which staff ambassadors like Rich and Ovie will help deliver.

As Ovie concludes: “Staff need to embrace it. Take it on and see the difference for themselves.”